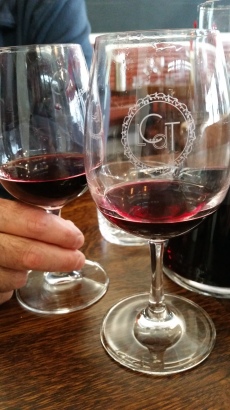 We had an easy fight over–no TSA backup, and we sailed quickly through Security. In spite of no sleep on the flight we were in decent shape as we arrived to a rainy, chilly Paris. Although we usually take one of the airport buses, this time I had booked a shuttle service. Which though comfortable and easy, meant we were snared in the horrible traffic on a Monday morning. As the driver muttered into his phone, it was a Disaster.

Since we couldn’t take possession of the apartment until Tuesday, we stayed in a small hotel around the corner from the rue Daguerre market street. Hotel Sophie Germain is a small 2-star, quiet, clean, and simple. We made our traditional walk up to the Luxembourg Gardens, relaxed and let Paris come to us.

First lunch was at La Cantine Trouquet on rue Daguerre. I enjoyed one of my France faves, foie du veau, and Larry had seared tuna. Very nice, I’d go again. 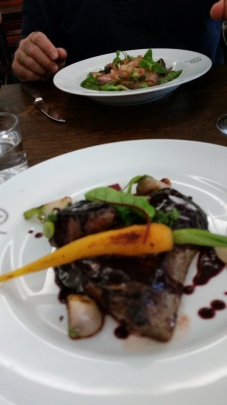 A solid nap, then some more walking. 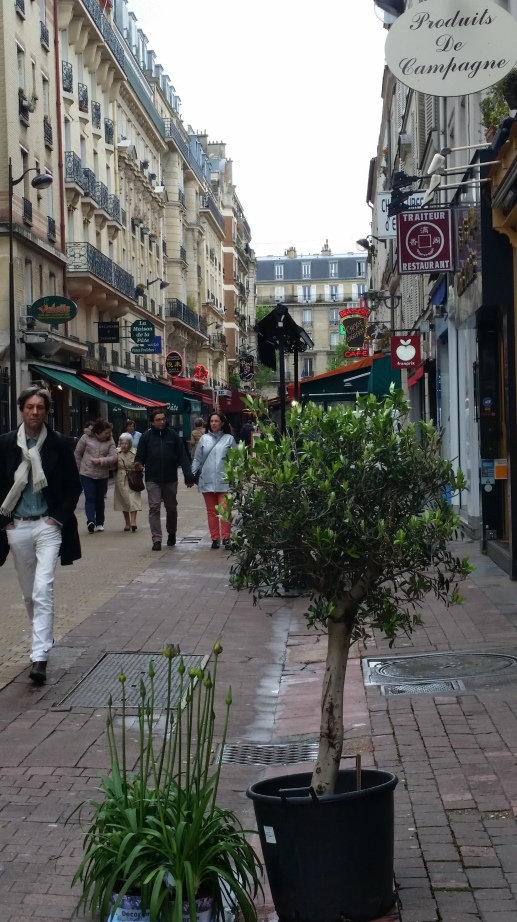 We wanted a light dinner, so took a chance on a neighborhood creperie. Very good crepes, mine with chevre, grilled zucchini, basil and olives; Larry’s with potatoes, cheese and ham.

When we woke Tuesday, the rain had pulled out although the clouds still threatened, and it was again on the chilly side. I’m glad I brought along my raincoat. We dragged the luggage over to the apartment. Now here’s a story–a friend knew were were looking for a rental, as the one we usually stay in was booked. She put us in touch with friends, who own a place in Paris though they spend most of their time in their home further south. And amazingly, the dates worked out so we could borrow the apartment. It’s gorgeous, a top-floor (thankfully, with elevator that usually works) , quiet, cozy apartment with large rooms,huge kitchen, somewhat funky plumbing, and splendidly equipped for cooking. We could have spent all day talking with the owner who will be in Boston for a conference in November, hopefully we can repay some hospitality then.

We did some shopping at the twice-weekly market nearby, deciding on salad, pate and cheese for dinner. By now it was lunchtime, so we walked around a bit before deciding on Aux Enfants Gates. Tiny place, nice menu. We hot another my Paris checklist items with beef tartare. This was superb meat, mixed with some spices and herbs with a Mediterranean edge for something a bit different. I followed with pieces of chicken rolled around a vegetable stuffing, on the plate was even a stuffed white asparagus. Larry had beef in a deeply flavored wine sauce.  Too full for dessert. 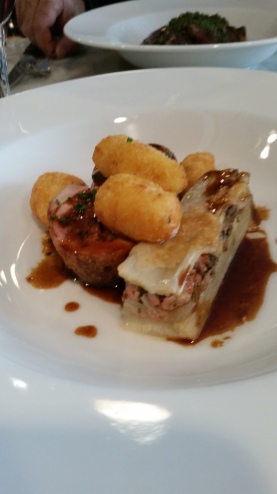 Walked over to the Zakind Museum, a charming little museum located in the artist’s former home and studio. He was a contemporary of Picasso, and his sculptures share some characteristics of his work. There’s a beautiful small garden with several pieces to sit and admire. 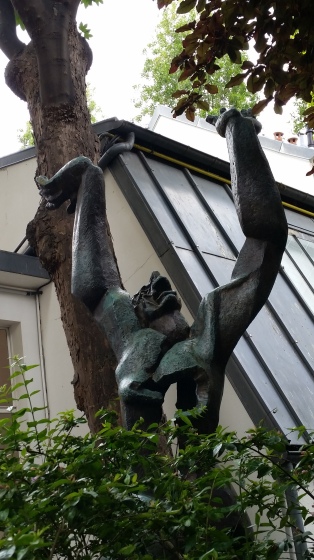 For contrast we went over to the Fondation Cartier Pour l’Art Contemporain, which usually has interesting shows in its galleries. Currently there is work by Japanese photographer Daido Moriyama, huge prints of shots taken in Tokyo. Lots of fascinating images and details, we both enjoyed the gallery and his black-and-white slideshow. 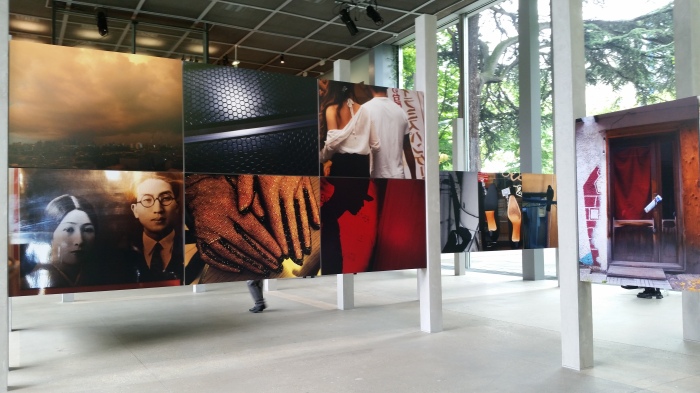 Walked back home, threw together dinner, read and to bed.