We drove north toward Aulnay, one of the most decorated and well known of the Romanesque churches in the Charente. Along the way, we stopped when we saw the sign for a 12 century church and a chateau. To our surprise there were a lot of cars parked in this lonely spot, and re realized after interrupting some teen boys out for a smoke, the chateau is, like many others int he area, now a school. The church Saint-Georges was locked up tight so we couldn’t see the crypt, but the neighboring old cemetery was wonderfully atmospheric, with its headstones from the 17th and 18th centuries. 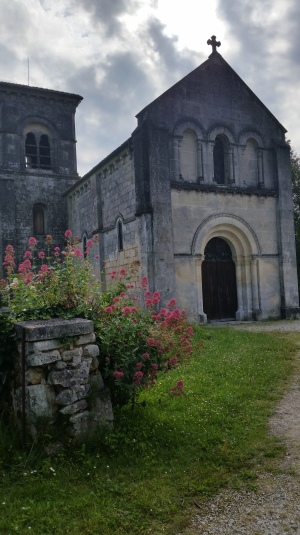 Another sign for a 11th century church had us turning off  in the town of  Matha . And found the gem of Eglise Saint  Pierre. The carvings, particularly along the cornice at the east chancel were striking, with angry devils and grotesques, frequently torturing human forms.There are Saracens (portrayed with bears and turbans) with animal bodies, 11th century political ads. Love the one of someone playing a lute in between two figures being eaten by monsters.

We also detoured to see another tiny village church where the ground level has risen so much you can almost touch the tops of the capitals. The portal carvings include typical animals representing Apostles, (and as is often done, a few extra thrown in to better fit the space) and lovely doves on the upper tier. 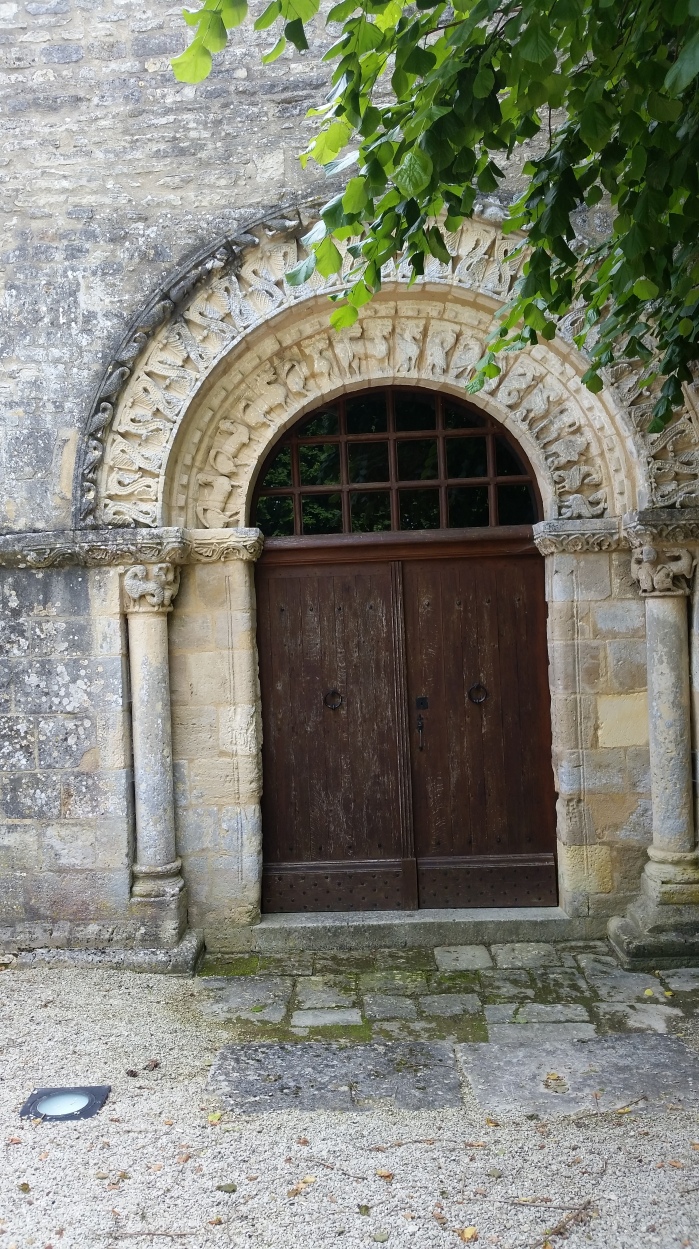 The landscape is quite flat around here, just fields of various grains and sunflowers not yet in bloom. The effect of a church towering up against this flat landscape really must have seemed like stretching toward Heaven in the 11th and 12th centuries.

Aulnay is a large town, with some interesting old buildings, most notable Saint Pierre. The tourist office near the church has a good little booklet in English. Saint Pierre was built in the 11th century, part of the abbey of St. Cypried of Potiers, so a wealthy church that could attract the most skilled craftsmen. The carvings are delicate and dizzingly detailed.

On the west portal, the three arches contain carvings to signify land life on the left, Christian in the center, and celestial on the right.

The middle portal has four bands–the upper one has the calendar represented by the work done on the land, and the zodiac. Underneath is Christ and virgins, under that that a fight between Defects and Virtues, and the bottom one the Lamb and angels. 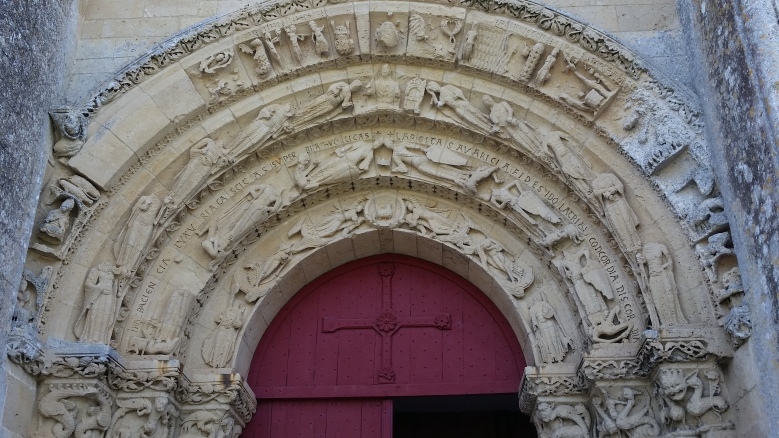 The south portal has many fun animal figures.

The interior soars, with tall capitals sporting fantastic scenes. More devils and sinners, acrobats, and some bible stories–Caine and Abel; Adam and Eve, Samson and Delilah; and for some reason, Hannibal’s elephants. 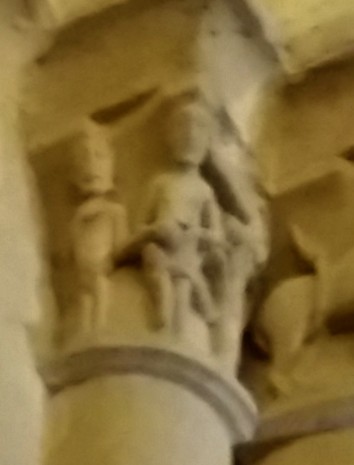 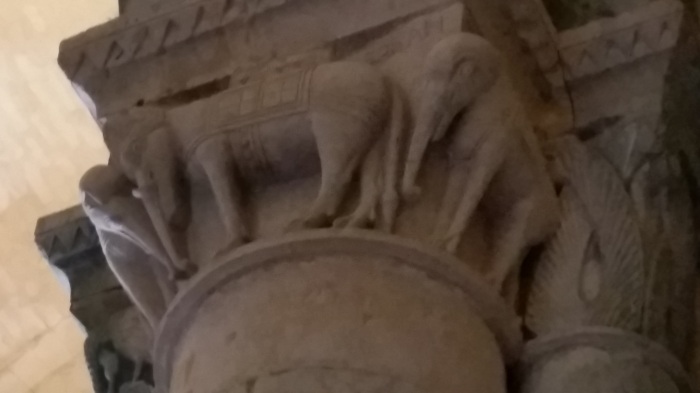 After soaking it all in, we drove the short distance to Sant-Jean-d’Angley, an attractive, very lively town. We had a lunch reservation at Le Scorlion, which was a good thing as it was mobbed with local business people. They know a good thing, because the daily menu was delicious. I had asparagus soup topped with chevre, then fish, and finally a gorgeous “carpaccio” of paper-thin pineapple with sorbet. Larry had marinated sardines, then beef and finished with a chocolate and coffee dessert. Great meal, and a deal for 22 euros for all three courses.

The town is interesting, with a pretty pedestrian area and some old half-timbered buildings, , a cool partially ruined gothic church, and a few small museums. Things were pretty much closed when we were there, but it’s be worth a visit one morning or late afternoon.

Home for a rest, and some veggies for dinner from the farm stand.