On Tuesday, Shannon had booked a boat tour for her tour guests, and invited us to come along. Guide Andrea met us on the corner, and took us to a nearby rio where Marco was waiting with his beautifully painted traditional Venetian boat. Climbing aboard and out with my bum knee was a bit of a challenge, but with help and practice, it got easier as the day progressed.

We glided through the rios and entered the Lagoon. Andrea, who was born on Murano, gave us a basic history of Venice and the islands in the Lagoon. We went through Murano, past glass factories and showrooms in old buildings, and then through the newer part of town. Back in the Lagoon we went past several scarcly inhabited islands, and then we got out on Torcello.

Torcello had a growing population starting in the 6th century, and by the 12th was a large community centered on wool production. The growth of Venice, the silting up of the river, and malaria led to the population dwindling by the 15th century. Just a handful live there now.

The major legacy of Torcello’s power is the fabulous Byzantine basilica, started in the 7th century. The mosaics inside are truly stunning. We had visited Torcello on our last trip, but were quite happy to revisit to see the glittering masterpieces.The Last Judgement is a 11th century showstopper, stretching  across and up the whole west wall.  No photos allowed, do an image search on Google to see some marvelous photos. 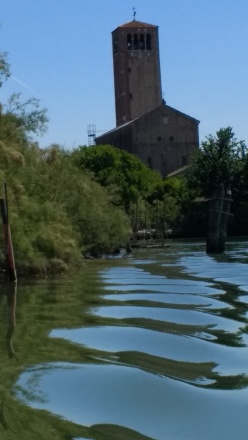 We docked a short distance away n Torcello, and ate a nice picnic lunch. The sun was quite strong, and we glad that Marco had a sham canopy to shade us. Padding alongside the boat came a tiny baby duck,. After a while it became obvious there were no mama or siblings in sight. Marco scooped him up, and the little guy seemed quite happy to be held. Marco made some calls, and eventually found a wildlife sanctuary that could take him tomorrow.

We continued on, docking at Burano, known for its former lace-making industry and brightly painted fishermen’s houses. Hal and Fynne went off to shop for lace (most of what is sold is made in China nowadays, but Andrew steered them to two good shops that still have some real lace.

Larry and I walked around, absorbing the fantastic rainbows of houses. We met up with Andrea at one of the lace shops, and inside were two lovely older women making lace. One of them told me the piece she and other women are working on is going to be a UNESCO heritage piece, She told me that different women specialize in different aspects of the work. Such fine thread, such skill and precision. Amazing. 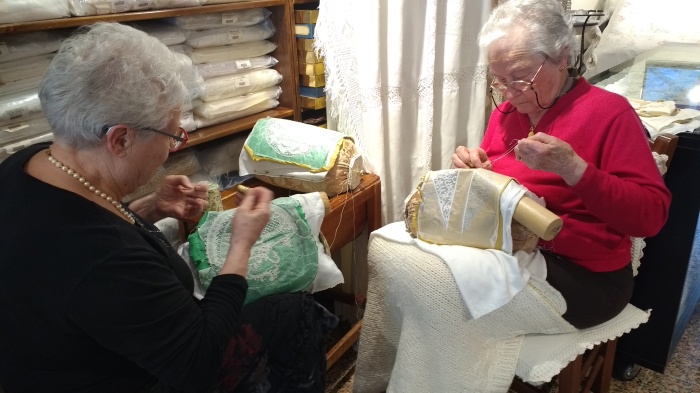 Back in the boat we returned to Venice, baby duck (or goose, someone else had told Marco) in a shaded box with a capful of water. I hope the little guy is OK.

At dinnertime we wandered out for a glass of wine and cichetti with Shannon, and said our goodbyes. Larry and I had a light dinner at Da’Alberto, which was OK but nothing more. We then wandered out, and ended the evening watching the boats on the Grand Canal. 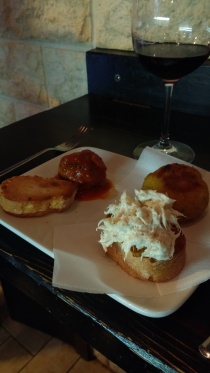 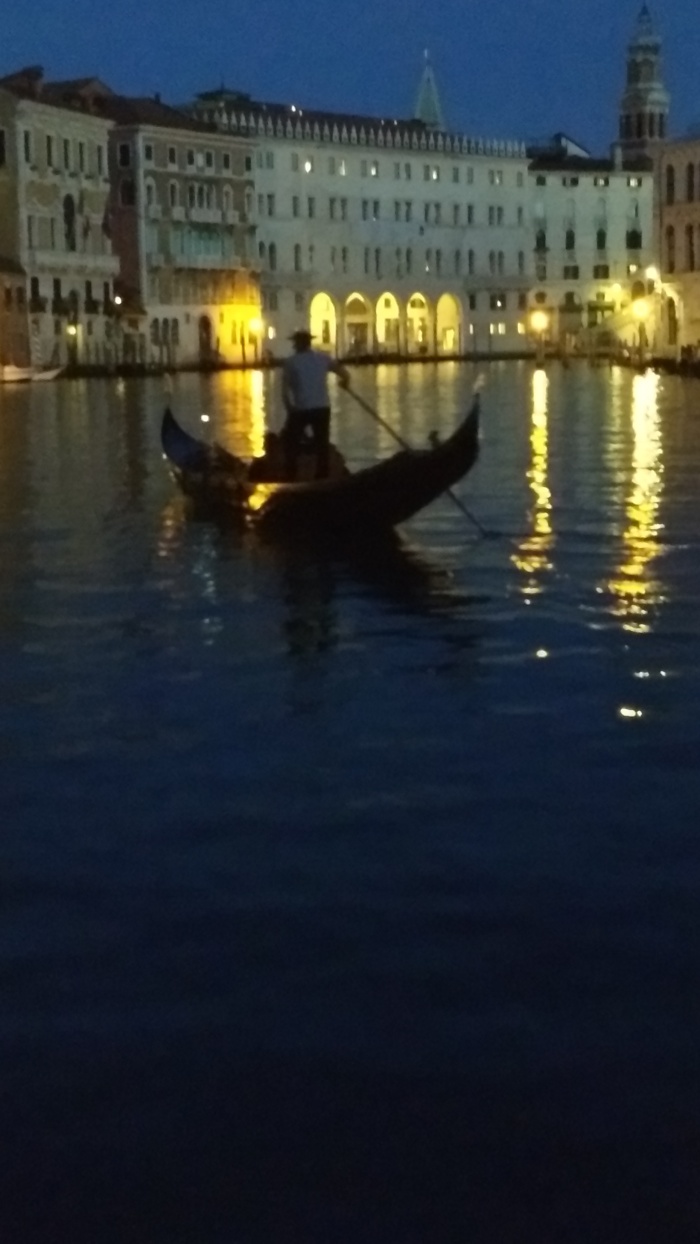