Evan was arriving in Rome Monday morning. The plan was for him to take the train from Fumicino up to Orte, where we’d pick him up. There were several places I wanted to get to in southern Umbria, so this worked well.

Another beautiful sunny day. We drove down past Trevi, the headed on to the sp 209, a road which climbs up, over, and occasionally tunnels through the mountainous landscape. We stopped to wander some tiny hilltowns, church hunting with the aid of Bill Thayer’s website. We never did find San Felice di Narco, and the churches in tiny Vallo di Nera were locked up tight., with Santa Maria looking quite the worse for wear (or earthquakes). Wandering around the five medieval streets of Vallo, we found two little kittens playing in a flowerpot. Larry would not let me take them home, happily they looked well fed and healthy. Scheggio was a particularly pretty town, with a river underneath the hilltop town. 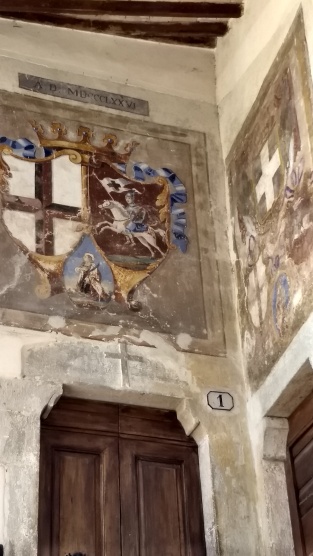 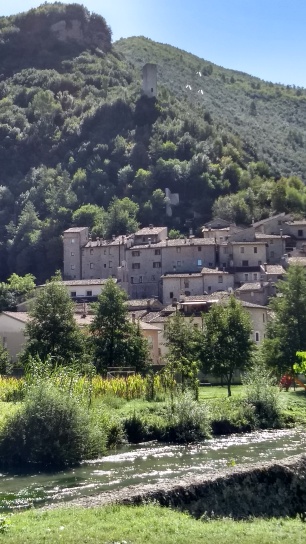 One of the churches high in my list was San Pietro in Valle. It was founded in the 8th century, and the present Abbey was built in the early 12th century, with some of the earliest frescoes in Umbria. To get there, we took an extremely steep, winding road up and up and up, praying that we’d not meet a car coming down the other way. The road ends at the Abbey, where the church and cloister have been preserved and are open, the other Abbey buildings are a small hotel. You’ve got to love peace and quiet to stay there!

Now this is what I’d been looking for. What a wonderful old church. On the left side are Old Testament scenes; with New Testament on the right. All along the walls are Roman sarcophagi and other bits and pieces; there are 15th century frescoes in the apse, a Medieval Lombard altar, all kinds of fascinating things. And amazingly, the custodian has a pamphlet with a map and details on everything inside the church. 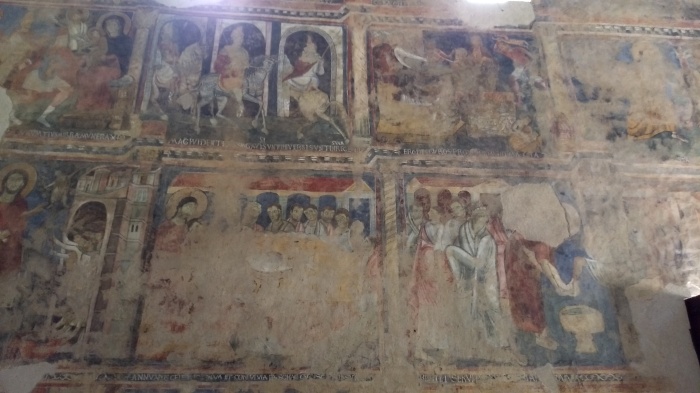 The simple cloister has been preserved, along with a Roman carved pedestal where the monks had ground off the naughty dancers. There’s an early Christian inscription above a doorway. 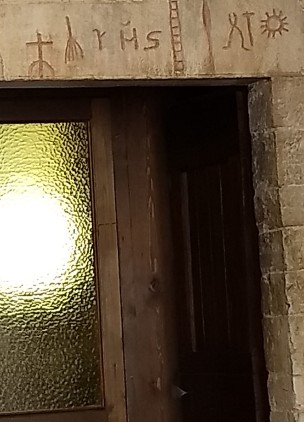 Afterward we briefly stopped in the pretty hilltown of Arrone, but it being Monday, were having trouble finding an open restaurant. I was about to settle for a bar panini when we found a place on the road, featuring fish. After a week of meat and pasta, fish sounded great. Simple place, simple food. We shared an antipasto of prawns in salsa verde, and then a pasta with spicy tomato sauce, and I had trout with truffles. We struck up conversation with a family at the next table, who had just been to the Marmore Falls. We had just enough time for a visit before needing to heat to Orte, so we set off.

Cascata delle Marmore were initially devised by those clever Romans, who cut channels to divert water away from flood plains. There are three levels, and now the water is used by industry and for hydraulic power. The flow is turned on and off periodically, so visitors should probably check to see when it will be at its strongest flow. When we arrived shortly before 3, we heard a loud siren–the sound of the falls being turned on. At first the falls were pretty but not overwhelming, but within a few minutes it had grown to a thunderous flow, with spray and mist enveloping us on the walkway. You can take paths all the way up to the top, which I would love to do someday with a stronger knee. 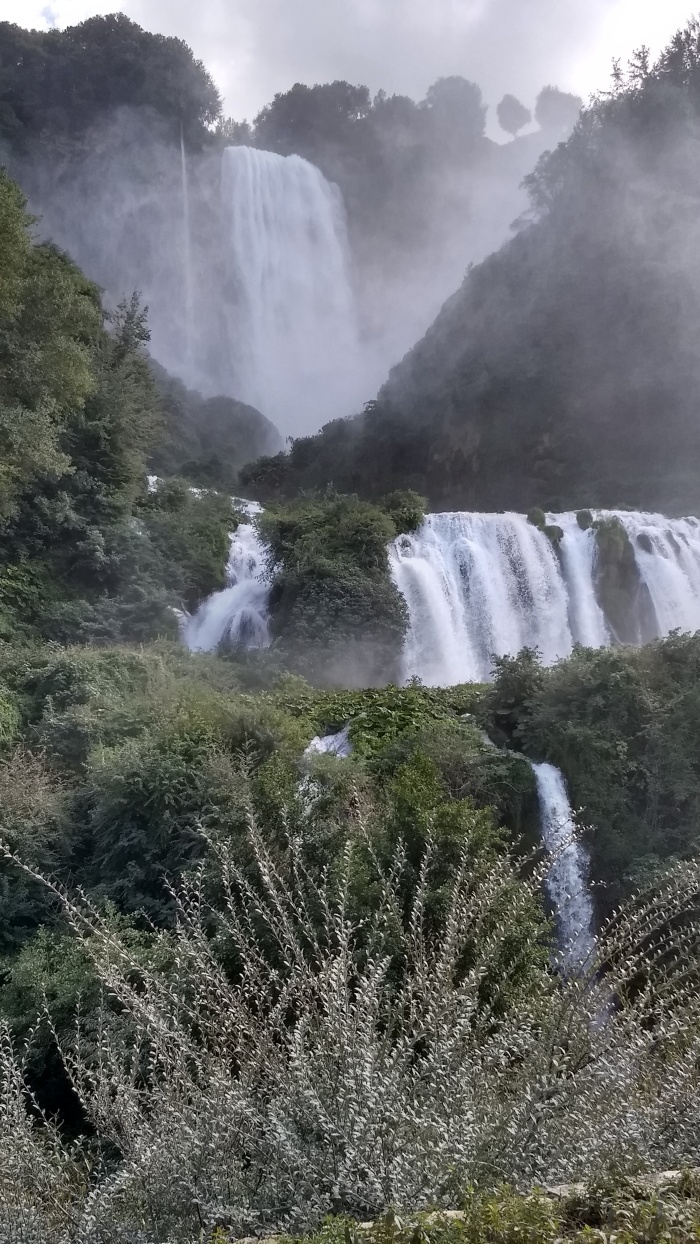 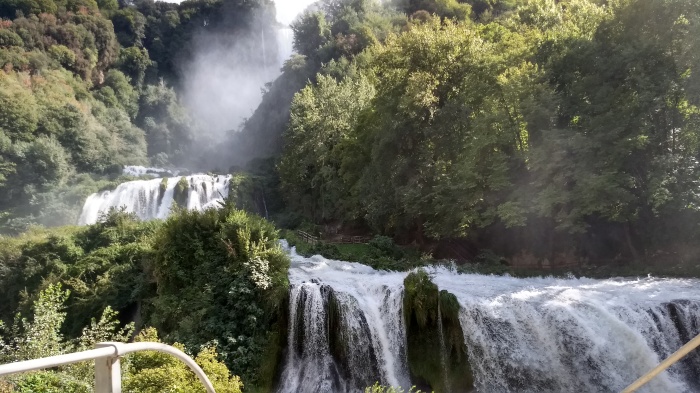 Drove to Orte, scooped up the jetlagged Evan, stopped at Lufra for more bufala and a few pastries, and went home. Dinner was cheese and salumi, and defrosted lentil soup. And I seem to have developed a gross cold, ugh.