On Saturday we first crossed to Rialto early to get something for dinner. The shrimp looked great, so got a half kilo. As Larry gave our order and I stepped back, I noticed someone taking a photo with him in it. Pretty funny. Also got more of the tiny artichokes and some radicchio and lettuce.

Back home then headed over to the Arsenale area of the Biennale, figuring with the drenching rain, people would stay cozily inside. As we got off the vaporetto, we saw we were were wrong, wrong wrong. Streams of people were walking over, and as we turned the corner we encountered hundreds of people in line just to enter the doorway for those who already had tickets, as we did.

Quick discussion, get the hell out of Dodge.

Plan B was to go to Casa de Tre Oci on Giudecca. This is a small photography museum I had wanted to get to. So back on the Vap, holding on to not skid on the slippery floors. Through the window I watched a determined gondolier row a group of people huddled under umbrellas. Well, they’d have an adventure to talk about, I guess.

The museum is in a beautifully updated 1913 Gothic Revival house built by an artist, the tre oci referring to three eye shaped windows overlooking the Guidecca canal. The current exhibit is the work of Ferdinando Scianna, a photographer I’d never heard of before.

Born in Sicily, his mostly black and white photos document time and place as well as his eye for composition and capturing moments. There was also a free audio guide in several languages of him discussing his work–running away from then returning to Sicily, the emotional toll of photographing other’s trauma, taking portraits. The show was divided into Memory, Journey, and Story. I loved them all, but here are just a few.

For lunch, we walked along the canal for about 10 minutes In the drizzle and then down a tiny side Calle to Trattoria Altanella. 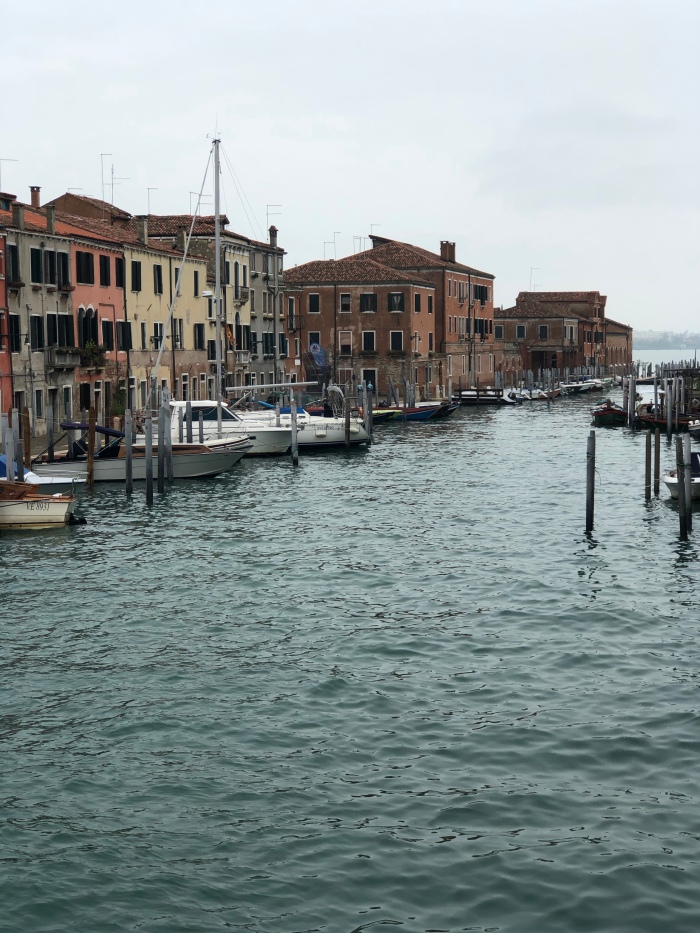 Cozy inside, quiet at 12:30 but filled up by 1. We split a seppie Nero pasta with shrimp and vegetables, and then shared frito misto. The pasta was very good, and the frito had lots of fish, making Larry happy. Good solid typical Venetian cooking, nothing fancy or exciting. 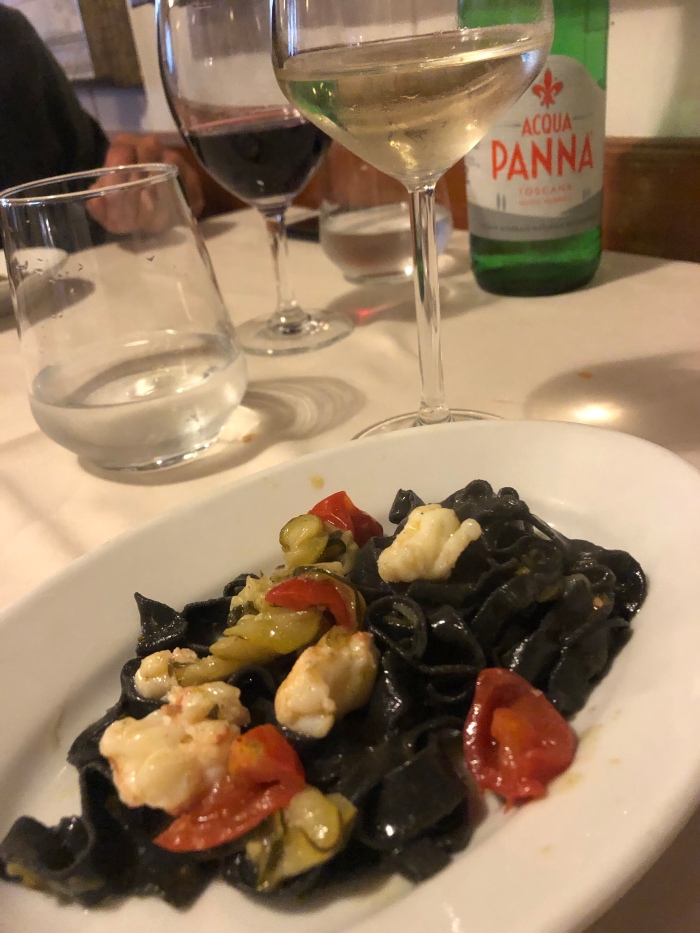 As long as we were there, we went to see Palladio’s Il Redentore, built by Venice after the Plague at the end of the 16th century. From the water you see the massive front with dome and pediment , with wide steeps leading up. Inside is white and grey, the lightness interrupted by large, rather gloomy artwork. Around the side in the Sacristy is a collection of macabre wax heads of Franciscans from 1710. Very creepy.

Decided to return home and relax with reading and wine. Leftover mushrooms for dinner.